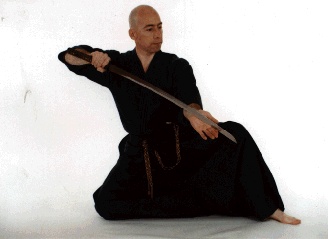 Guy Power, first sensei and founder of Kenshinkan Dojo, lives a full and rich life in the San Francisco Bay Area. He has "moved on" from martial arts activity with pride and confidence in his successors.

1995 - Mountain View, CA. After teaching in various locations in the Bay Area temporarily, secured space for Kenshinkan Dojo at Moffett Federal Airfield, where the dojo has remained until present day.

1997 - Elected as Permanent Member, Board of Directors for the International Battodo Federation.